I. China’s role as beneficiary, contributor, and upholder of the global governance system

The global order gradually coming into shape in the wake of the WWII has provided strong guarantee for a world of prosperity and security, which has been increasingly manifest since the end of Cold War confrontation between the Western and Eastern blocs. The following three aspects have shown clearly the major characteristics of the current global governance system.

First, it’s a system based on the basic tenets elaborated in the Charter of the United Nations. In the Charter, some basic principles and rules governing international relations have been laid out, including the respect for every nation’s sovereignty and territorial integrity, general prohibition of use of force as a tool in dealing with state-to-state relations, and prohibition of interference into other countries’ domestic affairs. These basic principles actually had been aimed at reversing the unequal conditions in the pre-WWII international relations. These principles and rules have provided a lot of under-developed countries with more legitimate power to have their voices heard and rights vindicated.

Second, the Bretton Woods Institutions and the later-founded World Trade Organization have acted as anchors and guarantors of a prosperous world economy. The gradual formation of a global financial market and multilateral trading system has contributed immensely to a rapid growing global economy in the two decades since the 1990s, with many previously poor countries transformed into middle-income countries and thousands of millions of people out of poverty. China has also been a major beneficiary of this process of economic globalization.

Third, the work done by UN and it's specialized agencies in various specialized areas, such as air transportation, ocean navigation, health, telecommunication, etc., has made it possible for the smooth functioning and communication of a global community. Cooperation and coordination through these functional international organizations also enhanced the trust and confidence of countries around the world in the international system.

Despite the great success in enhancing international stability and business exchanges around the world, the current global governance system has always been plagued with major deficiencies in its functioning and management.

First, the current co nceptual framework governing the operation of various global institutions lacks specific consideration to the needs and conditions of most developing countries. In the past several decades, we have witnessed many times that the rigorous rules based on the practices of western developed economies were applied to crisis-affected developing countries without consideration of their effectiveness and potential damages incurred. The gradually changing attitude of the IMF towards capital control measures adopted during a balance of payment crisis just shows the learning process of the international financial institutions with the help of experiences of China and other major developing countries.

Second, many developing countries have been struggling with the under-representation in major international economic institutions, in particular the two Bretton Woods institutions of the IMF and World Bank. The selection of the new President of the World Bank last year and the incoming selection of a new Managing Director of the IMF has once again clearly shown the unfairness and inequality existing in these global institutions for a long time. It reminds us of the principles adopted by the G20 Summit on a merit-based selection process for the senior management officials of the IMF and World Bank.

Third, although the UN 2030 Agenda for Sustainable Development adopted by member states manifested a major breakthrough in mainstreaming the development issue and raising awareness of the concerns of a wide range of developing countries, the deficiencies in the current global system have hampered the thorough implementation of this Agenda. With the rise of anti-globalization sentiment and populism in many developed countries, development issue has often been marginalized or ignored. The recent tariff threats made by the US on the relevant countries to solve its migration problem just reflect this sense of indifference to the development challenges faced by many developing countries. The WTO Doha Round trade talks have been almost completely abandoned by the western countries, which has always been dubbed as the Doha Development Round. The grabbing of the power of agenda-setting has made the most crucial major issue being downplayed and superseded by some other minor issues like the so-called issue of developing country status.

First, the current system needs to fully reflect the diversity and plurality in the cultures, philosophies, and ideas of various countries around the world. Just as shown in the Asian Civilization Dialogue sponsored by China in May this year, we need to respect and cherish the cultural diversity and differences in ideas and concepts. The voices reflecting a myriad of non-western civilizations need to have an equal say in the global stage.

Third, the priority issues on the agendas of international organizations need to reflect more of the concerns of the majority members of the international community, rather than mainly focusing on the issues of major interest to the western countries.

We can use the case of major concepts applied in the UN peacebuilding process to show some features of Chinese positions. Usually the liberal peace agenda has been the dominating principle which has often led to simple transplant of western ideas, concepts, and institutions into the relevant countries under rebuilding process. In contrast, the Chinese approach stresses the role of national governments and local communities with all the local stakeholders having their voices and concerns heard. There may be several principal points in Chinese interpretation of national/local ownership. First, the stress on and support of the policies and decisions of the incumbent government has always been the point of departure for discussions on the issue of nationally-owned process. That said, considering the complex situations in the conflict-ridden societies and the fact that long-time marginalization of certain groups of people sometimes became the major cause for conflicts, China now has gradually shown support for a more inclusive political process with all the major ethnic, religious, and political groups getting involved. Second, the essence of national ownership lies in the respect for the people’s right of self-determination and for their choices of political system and development path. Hence the predesignated goal of transforming the governmental system into a western liberal democracy has gone far beyond the true nature of national ownership. In some cases there may be democratic elections and transformation of political and judicial system of the conflict-affected states. Yet it cannot be a one-size-fits-all solution to any circumstance of post-conflict reconstruction. Third, the realization of national/local ownership hinges greatly on sophisticated knowledge of the local contexts, with due respect shown to the primary role of local culture, tradition, custom and institutions. Fourth, regional ownership is a complement to national ownership. In recent years it has become a usual practice for China to launch the dialogues with countries in a regional or sub-regional area, such as the Forum on China-Africa Cooperation (FOCAC), China-Arab States Cooperation Forum, and China-CELAC Forum, etc. Such a focus on regional or sub-regional level cooperation shows China’s respect for the long-term connection and exchanges shaped by geographical adjacency. The term of “African Ownership” always advocated and supported by China has been the best example of such a regional approach, with African demands and African participation being given great weight in Chinese policy making process in relation to various issue areas such as political, economic, and security.

2. South-South Cooperation as a supplementary but important approach to international development cooperation

Apart from traditional North-South donor-recipient relations, South-South Cooperation has grabbed more space and voice in international development cooperation. Through South-South Cooperation, China and other middle-income developing countries try to provide the Least Developed Countries with more sustainable and viable economic and social development path, which will be conducive to solving social problems constituting the root causes of conflicts. With the rising prominence of middle-income developing countries in international development cooperation, the UN needs to pay more attention to facilitating or bridging South-South Cooperation. This kind of partnership on one side will work on facilitating and channeling of capital flows from the emerging South countries such as China, India, and Brazil to the LDCs. In the meantime, knowledge and experience sharing has become an important component of such a partnership. In his speech at the opening ceremony of the Asian Infrastructure Investment Bank (AIIB), Chinese President Xi Jinping stressed that the AIIB should make innovations in both of its operational process and financing instruments to better reflect the new trend in international development cooperation and diversified demand from the developing countries. The AIIB’s unique advantage in its membership composition can make it the bridge and nexus for South-South Cooperation and North-South Cooperation.

In recent years, China has made certain major new initiatives to enhance the implementation of the UN 2030 Agenda, including the founding of the AIIB with many Asian and non-Asian countries and also the more extensive and important Belt and Road Initiative. In both of these new initiatives, greater inclusiveness and equal representation has been manifested throughout the whole process. The founding of the AIIB had actually been a team work with major contribution from various European countries and financial institutions. Despite the restrictions on shareholding for non-Asian countries, those European countries such as the Britain, France, and Germany usually have much greater involvement in the deliberation process compared with their voting shares. Meanwhile, most Asian countries are considered major borrowers in the AIIB. But this doesn’t hinder the fact that they have got much voice and space to present their concerns and considerations in the deliberation process. India is the most vivid example with a combination of being both the second largest shareholder and the largest borrower to the Bank. This has to some extent deviated from the usual practice of lender countries playing the dominating role in the deliberation process of the Bretton Woods Institutions. As for the BRI, it’s an even more diverse and inclusive process. It covers a lot of developing countries in the world and it’s been the usual practice for China to synergize the BRI with the domestic development strategies of the relevant countries. In recent years, China has also advocated strongly for a tripartite partnership, with China plus one developed country and one developing country to work out cooperative plans on infrastructure financing and operation in the aforementioned developing country. This has provided ample new opportunities for both developed and developing countries. 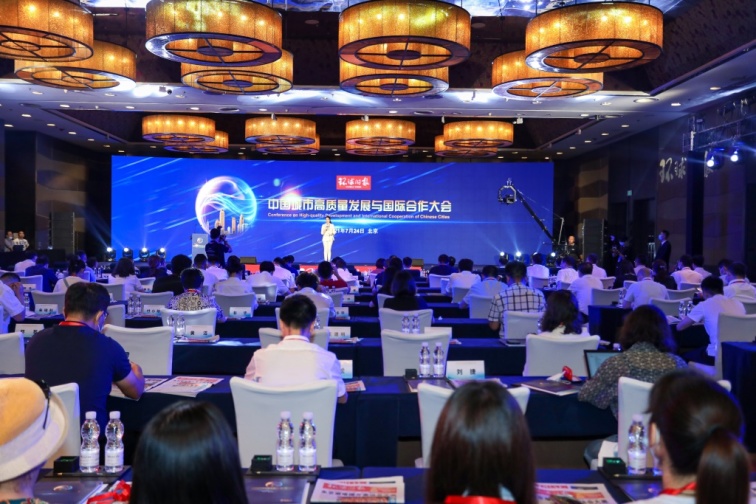